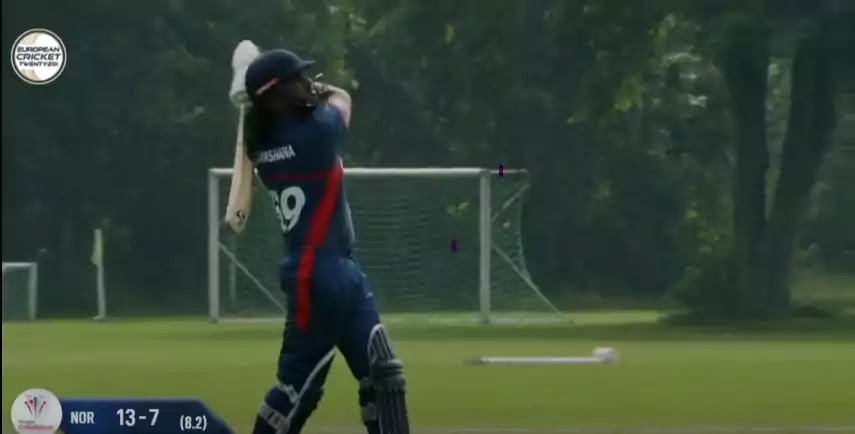 In a one-sided game of the opening match of a Tri-nation series, Ghulam Ahmadi's record-breaking debut 4 for 5 and Sajid Liaqat's five-wicket defeat against Norway sets up an easy five-wicket victory for Germany.

Germany's best bowler was debutant Ghulam Ahmadi, who grabbed four wickets for five runs in his first T20I encounter. Sajid Liaqat got three wickets for 24 runs in 3.4 overs, while Vishnu Bharathi and Sahir Naqash each took one wicket.