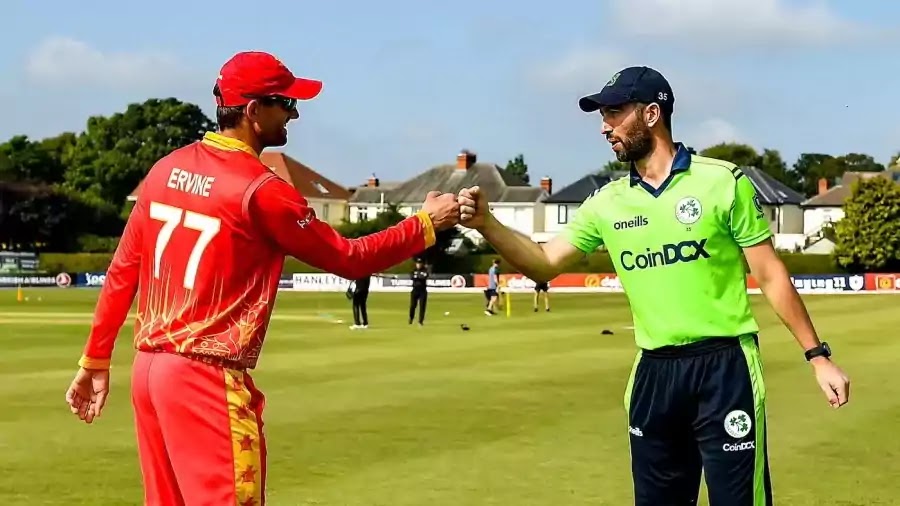 Shane Getkate's three-for, backed by Kevin O'Brien's quick half-century, Paul Stirling's thirty, and George Dockrell's thirty, guided Ireland to a comfortable seven-wicket victory against Zimbabwe in the second T20I, leveling the series at 1-1.
Zimbabwe scored 152-5 in 20 overs, with Milton Shumba top-scoring with an unbeaten 46 off 27 balls, including four fours and two sixes and a strike rate of 170.37.
Zimbabwe's 152 was their third-highest score against Ireland in T20 internationals, and it was also their third-highest total in T20Is in Ireland.
Ireland's 153 was their third-highest total against Zimbabwe in T20Is, and it was also their sixth-highest total at home in T20Is.
Ireland's chase of 153 was their sixth most successful run chase in T20Is, and it was their second most successful chase against Zimbabwe in T20Is.
Ryan Burl made an undefeated 37 off 33 balls, including three fours and two sixes, while Wesley Madhevere and Craig Ervine added 21 and 15 respectively.
Shane Getkate, Ireland's top bowler, grabbed three wickets for 20 runs in four overs, while Ben White claimed one wicket.
Ireland chased down 153-3 in 18.3 overs, with Kevin O'Brien top-scoring with 60 runs, Paul Stirling hitting 37 off 29 balls with 5-fours and 2-sixes, and George Dockrell hitting an unbeaten 33 off 26 balls with 3-fours.
Ryan Burl, Zimbabwe's finest bowler, grabbed two wickets for Tendai Chatara.
Kevin O'Brien named Player of the Match for scoring a match-winning 60 runs off 41 balls, including seven fours and a six, at a strike rate of 146.34.
Match Highlights