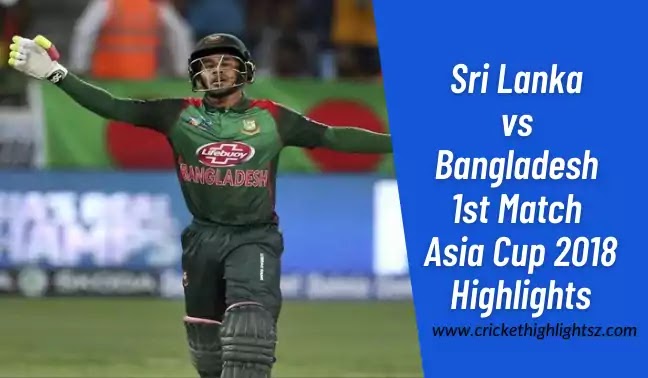 Bangladesh's 137-run victory was their sixth-largest in terms of runs in one-day internationals, and their second-largest against Sri Lanka.

Mohammad Mithun made 63 off 68 balls, with five fours and two sixes, and Mehidy Hasan Miraz made 15.

Tamim Iqbal, who came out to bat with a fractured hand, led Bangladesh to a winning total of 261, including a last-wicket 32-run partnership with Mushfiqur Rahim.

Sri Lanka were all out for 124 in 35.2 overs, with Dilruwan Perera scoring 29 from 44 balls, including two sixes

Mushfiqur Rahim named Player of the Match after a brilliant batting effort in which he hit a career-high 144 runs off 150 balls, including 11 fours and six sixes.
Match Highlights