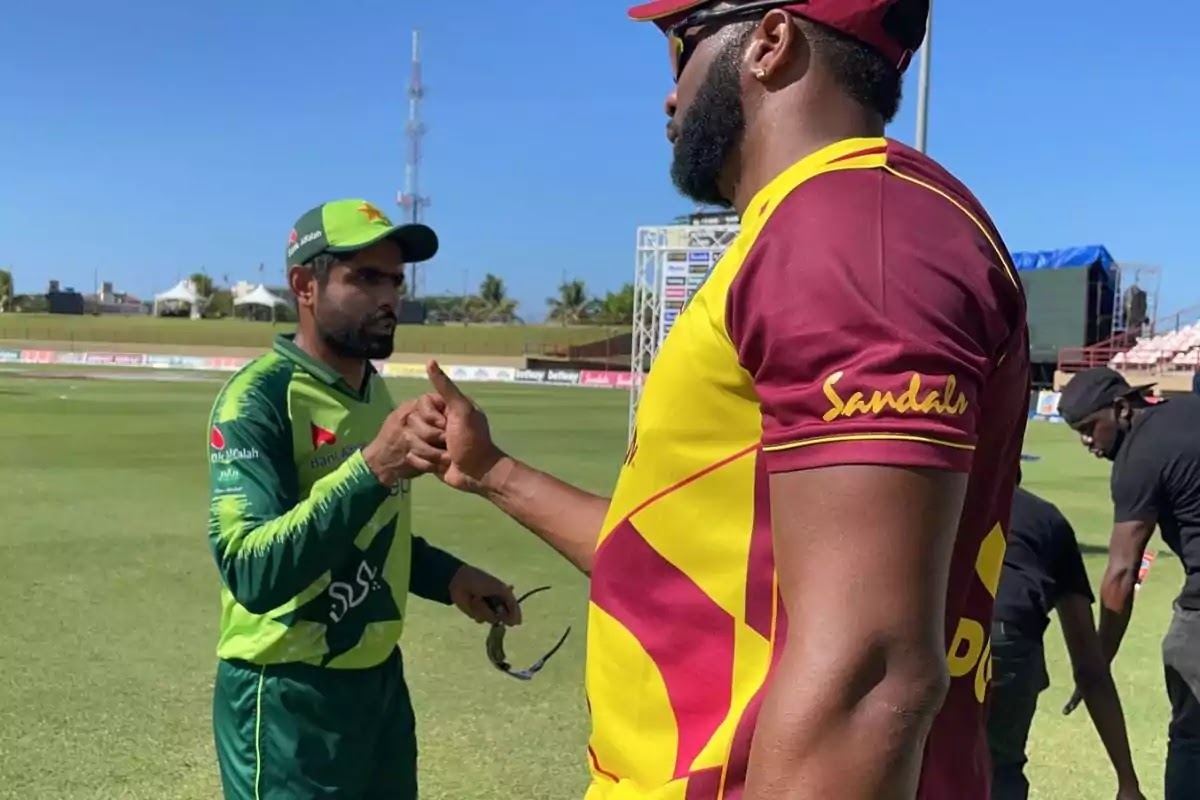 Rain forced another washout in Guyana in the fourth T20 international, giving Pakistan a 1-0 lead in the four-match series.
West Indies scored 30-0 in 3 overs, with Andre Fletcher top-scoring with an unbeaten 17 off 12 balls, including two sixes and a four, and Chris Gayle hammering an unbeaten 12 off 6-balls, including two fours.
Hemant Brar reported on this match (Third Party Reference from Espncricinfo)
Because just three overs were bowled in the fourth and final T20I in Guyana due to rain, Pakistan won the four-match weather-affected series 1-0 thanks to their triumph in the second game.
Babar Azam led West Indies in on a wet wicket on a gloomy morning after winning the toss on Tuesday. Andre Fletcher and Chris Gayle started the batting once more, with both teams unchanged from the previous washout. Fletcher began the innings with two sixes off Mohammad Hafeez in the first over, and Gayle followed with two fours off Mohammad Wasim Jr in the second.
When play was suspended due to rain, the West Indies were 30 for no loss after three overs. It was approximately 11.15 a.m. local time at the moment. When the rain stopped, the umpires conducted an inspection at 1.25 p.m. and decided to restart the play at 2 P.M
The contest was shortened to nine overs on each side, but just as play was about to resume, the rain came again to put an end to it.
West Indies captain Kieron Pollard stated before the toss that this would be Dwayne Bravo's final international game in the Caribbean and that his team wanted to give him a win. The weather, on the other hand, had different ideas.