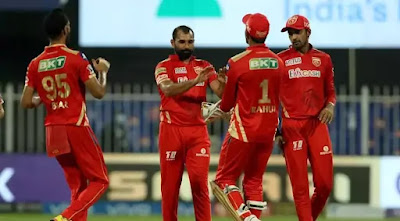 Wriddhiman Saha hit 31 off 37 balls, including a boundary, while Manish Pandey hit 13 off 37 balls.

Jason Holder named Player of the Match for his all-round effort in which he blasted an unbeaten 47 off 29 balls while taking three wickets.
Match Highlights