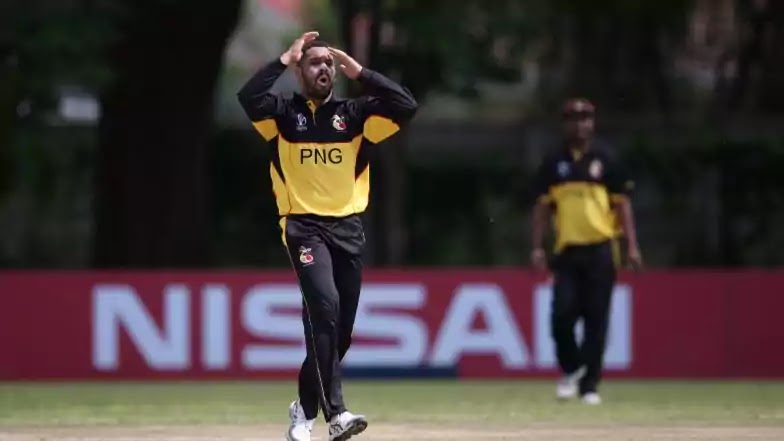 Nosthush Kenjige and Saurabh Netravalkar combined for 5-wickets before Steven Taylor's brilliant 55-ball 82 guided USA to a comfortable seven-wicket victory against PNG and a 1-0 lead in the first ODI.
Match Stats:
Papua New Guinea scored 158 for all-out in 44.2 overs, with Assad Vala top-scoring with 61 off 74 balls, including six fours and a six.
Gaudi Toka scored 18 and Sesu Basu scored 31 from 53 deliveries, including a boundary.
Nisarg Patel, the top bowler for the USA, grabbed 4-wickets for 30-runs in 10-overs at an economy rate of 3, Nosthush Kenjige took 3-wickets for 22-runs in 6.2-overs, including a maiden, Saurabh Netravalkar took 2-wickets and Elmore Hutchinson took one.
United States chased down 159-3 in 28.2 overs, with Steven Taylor scoring 82, Monank Patel hitting 34 off 38 balls, including one six and a four, and Sushant Modani scoring 24.
Papua New Guinea's bowler Damien Ravu and Charles Amini each got two wickets.
Steven Taylor named Player of the Match for his match-winning career-best 82 runs hammered off against seven sixes and seven fours at a strike rate of 149.09.