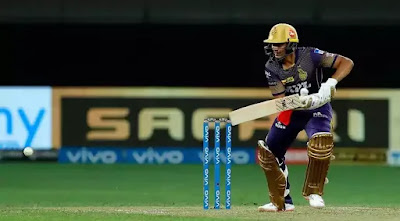 Sunrisers Hyderabad's 115 was their fourth-lowest score in the Indian Premier League, and it was also their lowest total versus Kolkata Knight Riders in the competition; their previous low total was 128 in Bengaluru in 2017.


Umran Malik, 21, produced a 150kph delivery in the third ball of his first over, making him the quickest Indian bowler in the IPL 2021.

Shubman Gill named Player of the Match after scoring a match-winning 57 off 51 balls, including ten fours, at a strike rate of 111.76.
Match Highlights