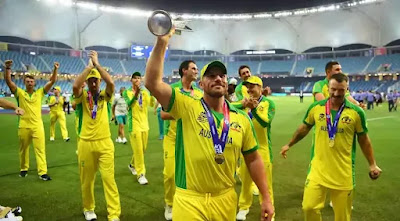 
Mitchell Marsh was named Player of the Match for his match-winning unbeaten 77 off 50 balls, which included six fours and four sixes and a strike rate of 154.