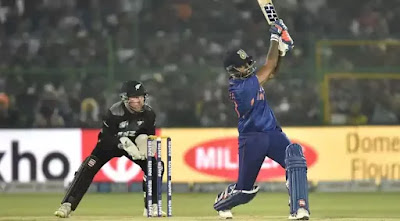 
Suryakumar Yadav was named Player of the Match after scoring a match-winning career-best 62 off 40 balls, which included six fours and three sixes and a strike rate of 155.
Match Stats: