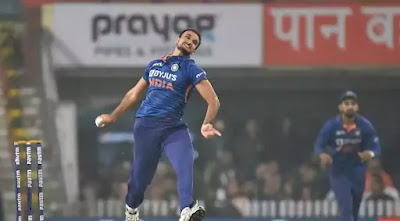 
Harshal Patel was selected Player of the Match for his outstanding debut bowling effort, which included two wickets for 25 runs in four overs.
Match Stats :